Colt (コルト, Koruto) is a Hunter and the current youngest member of the Third Destroyers.

Colt has a short stature befitting of his age, with black hair, dark eyes and a pale complexion. He has a scar underneath his left eye and is always seen with an apathetic facial expression, wearing his customized version of the Destroyers jacket completely zipped up so that the high collar always covers his mouth. When not in use, his hunting knives are attached to loops near the back of his jacket. Colt's arms and body are actually covered with many scars, signalling a rough and violent upbringing.

Colt is generally apathetic, nonchalant, brooding, and doesn't speak much, generally only if spoken to. He is one of the more level-headed members of the Destroyers, but this does not mean he is any less ruthlessly merciless. As seen when he enters into combat, he loses his usual disposition as he goes berserk and constantly thinks of how to properly kill his opponent. He is unhindered by his victims age or gender having slaughtered hundreds of twilight civilians and not being the least bit bothered.

However due to his young age Colt has displayed a few typical childish tendencies of a boy his age, as seen when he tries to pet a cat and later fondly petted one and excitedly showed one to Emilio. He has also displayed to have a small temper seeing as how he recklessly attacks his opponents when taunted slightly.

He's also shown a strong degree of loyalty to his comrades and his employer, Uranos Corsica seeing as he saved Emilio and took the effort to carry him away from the battle field. Later expressed distress at the prospect of failing his superior by going against his orders.

Nothing is known as of yet about Colts background, However given the scars all over his body and his temperament its likely to be violent and abusive.

Colt first appears along the other Destroyers and Uranos Corsica while waiting for and during the arrival of Emilio Benedetto. He is next seen overlooking the Paulklee Guild with the rest of the Destroyers. He accompanies Sig and Emilio to the assault on the Guild and mortally wounds Doug in a moment by cutting deep into his torso when he crosses the Twilights path. Later during the assault he attempts to kill the Guild leader Gina Paulklee but is stopped by Ginger when she grabs and redirects one of his knives. His teammate Sig is surprised by his opponents ability before they prepare to attack the twilights. However they are interrupted when Emilio sets of explosives and reminds Sig and Colt that they are not supposed to fight those two yet, causing them to retreat.

Colt is later in the Destroyers hideout with the other Hunters and Connie while she is being beaten but later leaves with Sig to hunt more twilghts, during the hunt he encounters and tries to pet Betty on a roof but is hissed at and scratched by her, mildly upsetting him. Afterward he is ordered by Striker to intercept Marco who is going to confront the other Destroyer but is quickly engaged by Galahad in Marco's place. Dashing at Galahad in an attempt to kill the tagged in the same way as Doug, he is unsuccessful but begins to use his superior speed to gain the advantage before Galahad breaks the roof they are standing on causing both of them to fall through, though Galahads landing is less graceful then Colt's.

Colt then notices that the reason Galahad is still alive is due to his shirt being made of anti-cut fabric and decides to instead decapitate the man. However as he moves in for the kill Galahad realizing that Colt killed Doug punches him with his brass knuckles. Undeterred, Colt flips behind Galahad to behead him only to be kicked in the head by Hausens peg-leg just as he, Arthur, and Lancelot arrive to assist in killing Colt. Later he entered combat against them where the commotion attracted the attention of Emilio Benedetto who then assisted him by throwing a bomb to separate him from his attackers. They then retreated and returned to their home base.

Colt is a dangerous knife wielder, both parts phlegmatic and extremely ruthless when it comes to taking down his targets. He moves at incredible speed and was able to inflict fatal injuries upon Doug, an A/0 ranked Twilight known for his breakneck pace, before the latter even had the chance to react. Colt's speed is impressive to the point that his teammate Sig was surprised when Ginger was able to match him.[1] He was also able to briefly overwhelm the experienced A/0 rank Twilight, Galahad Woehor, in their fight.[2]

Colt wields a pair of black hunting knives with finger holes on the handles and is extremely proficient in their use. 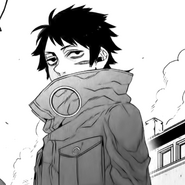 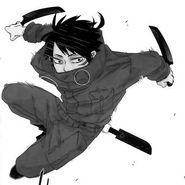 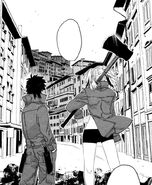 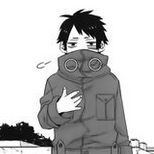 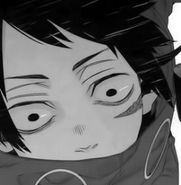 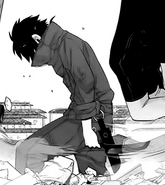 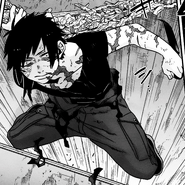 Colt's surprisingly scarred body
Add a photo to this gallery

Retrieved from "https://gangsta.fandom.com/wiki/Colt?oldid=14177"
Community content is available under CC-BY-SA unless otherwise noted.